Book Spotlight - Before the Belle by Cassius Mullen and Betty Byron 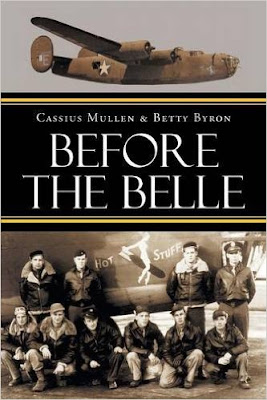 Book Spotlight - Before the Belle by Cassius Mullen and Betty Byron

On May 3, 1943, a lone American B-24 on a secret mission from Bovington airdrome in England neared the Icelandic coast bound for the United States. Captain Robert "Shine" Shannon was at the controls. He and his nine man crew of Hot Stuff had been honored two weeks earlier as being the first heavy bomber in the Eighth Air Force to complete 25 combat missions. That number was a benchmark established by the Army Air Force for bomber crews to be rotated back to the United States where the plane and its crew would tour the country to promote the war effort.

By the time Hot Stuff and its crew received word they were to rotate back to the States, they had endured not just 25 but 31 combat missions. A combat mission was defined as anytime an American aircraft came under hostile fire over enemy territory.

Hot Stuff was honored to be chosen by Lt. General Frank Andrews, commander of all American Forces in the European Theater of Operations, to fly him and his staff to Washington, D.C. However, the accomplishments of Hot Stuff and its crew along with those of Andrews went unheralded in the annals of World War II.