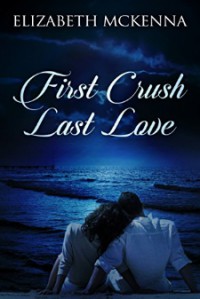 Enjoy being taken back to the years of school and college, reminding you how things were back then, how you would second guess what people were thinking, the unknown of what to do and how to behave, did that look mean what I think it meant or was it my imagination?  Then of course you have your first crush, your first boyfriend, those that thought they were better than you and those who suffered because they were different.  This is where we first meet Jessie and her first crush Lee, even though competition was high for his attention as he was infatuated with wrongly suited Tina, never giving Jessie more than a second thought at the time. I felt myself willing Lee to notice Tina yet he was having none of it, but as the time rolled on things have a way of changing....
Turning to the first page brings you straight into the beginning of Jessie's roller coaster life and the start of events that take their toll on her as she feels that she has to make do with second best and then sadly has to suffer from the consequences of her choices. After the senior year of high school, the story is then divided into Jessie and Lee's separate lives after college and of course the 10 year reunion that marks the change of their past giving them a second chance of love that could have been so many years previously.
The authors writing easily draws you in to the story as you anticipate what will happen next in the lives of the characters. I immediately felt a connection with the them, feeling their emotions, or the atmosphere in which they were creating. I felt a mix of their feelings as I followed their stories and their burdening secrets, I felt their sadness, grief, their anger and frustrations, glimmers of hope, excitement, and of course their happiness.
First Crush, Last Love was a tale that took hold of me as I followed the numerous and emotional events, events that felt very real, it's one of those books that will have you picking it up whenever you have spare reading time to connect with the characters that you have felt a bond with. I enjoyed the mix of romance, suspense and in parts humor, and I am really looking forward to another chance of reading more from the author.
https://beckvalleybooks.blogspot.com/2018/06/book-review-first-crush-last-love-by.html
Book Description
Back in high school, Lee Archer had the power to make Jessie Baxter's cheeks flush and her heart race. But the popular athlete never wanted to be more than just friends. Ten years later, after a failed marriage and with her journalism career on shaky ground, Jessie's come home for her high school reunion--and Lee still has the power to make her knees weak and her pulse pound.

Lee's teenage years were filled with more trauma and drama than anyone guessed. Though his damaged past has helped make him a successful police detective, it's hurt every relationship he's tried. But seeing the grown-up, stunning Jessie might just change his commitment-phobic mind.

Jessie's psycho ex-husband had her convinced no one would ever love her, but Lee is ready to step out of the friend zone and into her heart. Can she learn to trust again before she loses her chance to turn her first crush into her last love?

Elizabeth McKenna's novel will have you remembering the angst of high school, the grief of a failed relationship, and the joy of finding true love at last.
Source: http://beckvalleybooks.blogspot.com/2018/06/book-review-first-crush-last-love-by.html