Justice Wanted: The Kid in the University Stairwell 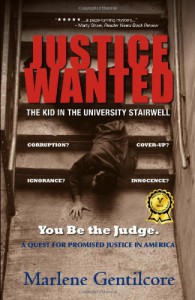 When an investigative reporter, the author, is shown a videotape of the second autopsy of the body of Jack Davis, who disappeared on October 17th 1987, she knows she has to find out the truth behind this mysterious death. As new evidence and testimonies were proved and taken and leads take the investigation down new avenues, it shows that in order to find out the truth or prove than an injustice has been done, that you need to be brave and intrepid with relentless gusto. The real strength of the reporting of the investigation is the emotion that you feel, when reading, the frustration and anger of the family, who feel that all the lines of new evidence are totally shut before they are even opened. The skepticism and fear that the author faces from all parties is shocking. As we all know when trying to find out the truth, the people who want it kept hidden go to extraordinary lengths to do so. As the facts, interviews and evidence are still coming to light, hopefully the family can have closure on what happened to their offspring. Having the book highlight this crime and bring it to the forefront of peoples minds again is another great key to the success of finding out the truth. The writing and explanations of the investigation are presented in a totally unbiased manner and the author lets the reader make their own decisions based on her findings and the facts. This is a must read for all fans of true crime and unsolved msyteries.
Murder & Mayhem
Tweet