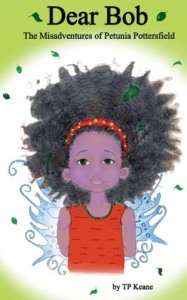 Dear Bob is a heart-warming first chapter book suitable for all ages. It follows the life and misadventures of a young fairy named Petunia Pottersfield.


Petunia Pottersfield can’t help being clumsy, she was just made that way. Every fairy in Furrow Grove knows her as “The Jinx” and no matter how hard she tries to not be herself… it always ends in disaster. But when something strange starts happening to the other fairies, it’s up to Petunia to discover the truth and save them. She must break fairy rules and fight the rising darkness all on her own… and do it without killing them all.

Dear Bob is officially released on September 29th and can be found on Amazon.