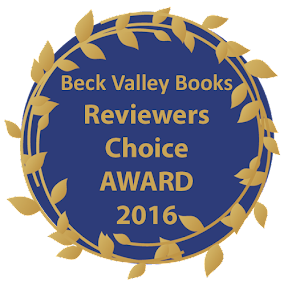 Congratulations 2 Rachelle Ayala on being chosen 3 TIMES in Beck Valley Books Reviewers Choice Awards 2016
Read all about the books and where you buy them here...
http://beckvalleybooks.blogspot.co.uk/2017/01/beck-valley-books-reviewers-choice.html
Bad Boys for Hire: Nick by Rachelle Ayala
This Christmas, paraplegic Carol Cassidy is caught between the naughty and the nice: a hired Santa and a disabled firefighter.
Carol was an avid mountain climber until an accident left her in a wheelchair. Love is the last thing on her mind until she hires Nick to play Santa. Shocked at the sensations he elicits, she resists him and decides to date a good guy
Nick is drawn to Carol like a magnet to iron, and he sets out to prove that bad boys who hire themselves out can be good boys, too—especially in bed. Carol discovers she’s not dead to passion, but when Nick’s dirty laundry is aired, she regrets choosing the naughty over the nice. Will the spirit of Christmas teach her that sometimes, a huge lump of coal can turn into the brightest diamond of love?
Bad Boys for Hire are fun and exciting stories where love is unexpected, but always delicious. They can be read standalone, but for greater enjoyment, please be sure to check out the other books in the series.
Spring Fling Kitty by Rachelle Ayala (Have A Hart Romance)
Heartbreaker Connor Hart, one of the youngest fire chiefs in the country, is planning on marrying Dr. Elaine Woo, a woman who pretended to cheat on him with his best friend many years ago. She bought him a Dalmatian puppy, he gave her a ring—and the women of San Francisco are about to lose their most eligible bachelor.
Artist and poet Nadine Woo is down on her luck. The cast-off half-sister of Dr. Elaine Woo, she doesn’t measure up, according to her strict and distant father. When Nadine and her mother are about to be evicted from their apartment, she gets an interesting offer from her sister. Seems she’s in need of a little help concerning her relationship with Fire Chief Connor Hart.
As soon as Nadine meets Connor, she knows she’s in for a rough ride. Connor is the fireman who rescued her and her little gray kitten, and she’s never forgotten how safe she felt in his arms.
When Nadine takes her sister’s place at a spring fling weekend with Connor, love ignites, and there’s no going back.
Can a spunky little kitty show Connor and Nadine that doing the wrong thing is sometimes right, especially when it comes to love?
Spring Fling Kitty is Book #3 of the Have A Hart Romance Series. It can be read standalone, although characters from the previous books appear here in supporting roles.
Playing Catch, A Baseball Romance by Rachelle Ayala
On the field and off the field, bartender Jeanine Jewell plays, collecting one-night stands like baseball cards. She doesn’t need a man, except to curl her toes and make her scream. She’s learned the hard way that the one who cares more is the one who gets hurt—and the last thing she can handle is getting hurt, or having anyone discover her shameful secret.
Scoring women is easy for catcher Kirk Kennedy—they don’t call him “Catch and Release” for nothing. He never goes back for a repeat performance. Being traded to a new city is an opportunity for new adventures—until he runs into Jeanine and she refuses to go home with him. Intrigued, Kirk is determined to catch the elusive blonde and keep her to himself. When he proposes a wingman to wingwoman friends without benefits relationship, he’s surprised she accepts.
The no benefits clause soon falls by the wayside when neither Jeanine or Kirk can resist their explosive chemistry together. But despite the sparks between the sheets, they both refuse to acknowledge they’re anything more than friends.
Everything changes when Kirk discovers his past is the one Jeanine is hiding from.
Trigger Warning: The heroine was sexually abused by her foster father and has flashbacks.
Source: http://beckvalleybooks.blogspot.co.uk/2017/01/beck-valley-books-reviewers-choice.html