He wasn't going to fail them. Not now. Not ever...
There's nothing Truman Gritt won't do to protect his family--Including spending years in jail for a crime he didn't commit. When he's finally released, the life he knew is turned upside down by his mother's overdose, and Truman steps in to raise the children she's left behind. Truman's hard, he's secretive, and he's trying to save a brother who's even more broken than he is. He's never needed help in his life, and when beautiful Gemma Wright tries to step in, he's less than accepting. But Gemma has a way of slithering into people's lives and eventually she pierces through his ironclad heart. When Truman's dark past collides with his future, his loyalties will be tested, and he'll be faced with his toughest decision yet.

~~~
BAD BOYS AFTER DARK: DYLAN
Bad Billionaires After Dark are a series of stand-alone hot and sexy romances.

Indulge your inner vixen with these sexy billionaires!

Everything's naughtier after dark...
Sinfully sexy bar owner Dylan Bad has a thing for needy women. He's a savior, a knight in shining armor, and his mighty talented sword has no trouble bringing damsels in distress to their knees. Enter Tiffany Winters, a gorgeous cutthroat sports agent who looks like sex on legs, f**ks like she's passion personified, and wouldn't let a man help her if she were dangling from a ledge and he was her only hope. One night and too much tequila might change their lives forever. The question is, will either one survive?

The Bad Boys are a series of stand-alone romances that may also be enjoyed as part of the larger Love in Bloom series.

~~~
TOUCHED BY LOVE
Fiercely independent Janie Jansen has always believed there were worse things in life than being blind, and she's spent her life proving it. She's moved away from her overprotective parents, built a life in New York City, and is one of the top technical editors in her company. That is, until an unfortunate accident turns her life upside down and she's forced to give up the very independence she's worked so hard to achieve.

Firefighter Boyd Hudson pushed past his tragic past and is weeks away from accomplishing his ultimate dream―being accepted into medical school. His intense focus on his goal while working three jobs has taken its toll. With a trail of failed relationships behind him, Boyd is painstakingly aware of his limitations and avoids girlfriends completely―a difficult task given his attraction to one of his co-workers.

When Boyd comes to Janie's rescue, she's forced to accept his help, and Janie discovers there's more to the sexy-sounding office flirt than one-liners. Their connection deepens as Janie heals, but it turns out that Janie isn't the only one who needs healing. Boyd's painful past comes back to haunt him, threatening their relationship and forcing Boyd to reevaluate everything he knows about himself.

*** THE REMINGTONS are part of the LOVE IN BLOOM series by New York Times & USA Today bestselling and award-winning author Melissa Foster. This 6-book hot contemporary romance series features alpha male heroes and sexy, empowered women. They’re flawed, funny, passionate, and relatable to readers who enjoy new adult romance, contemporary romance, and women’s fiction. While each book may be read as a standalone, you might enjoy reading the entire Love in Bloom series (The Snow Sisters, The Bradens, Seaside Summers & The Ryders)

~~~
CRUSHING ON LOVE
Steve Johnson is living his life’s passion watching over the Colorado Mountains as a ranger and wildlife consultant. But his peaceful life is upended when overzealous and insanely beautiful Shannon Braden flits back into his life after returning from a brief trip home to Maryland. He thought his attraction to her was under control—after all, she’s only in Colorado temporarily, and he doesn’t do casual affairs.

Shannon’s return to Colorado has as much to do with the game of cat and mouse she and Steve have been playing as it does the data she’s been hired to collect. But despite her efforts to explore the undeniable heat simmering between them, Steve’s intent on keeping his distance.

When a ranch abutting the national park goes up for sale, Steve will do whatever it takes to keep it from falling into the wrong hands. And when all his attempts fail, he’s left with no alternative but to follow Shannon’s guidance into the online world he abhors in order to raise the funds. The more time they spend together, the deeper their attraction becomes, and a game of cat and mouse turns into an unstoppable connection. But when Shannon’s assignment comes to an end, will it mean an end to them, too?

Featuring a group of fun, sexy, and emotional friends who gather each summer at their Cape Cod cottages. They're funny, flawed, and will have you begging to enter their circle of friends.

In Seaside Whispers
Having a mad crush on her boss's son, Matt Lacroux--an intriguing mix of proper gentleman and flirtatious bad boy--is probably not the smartest idea for single mother Mira Savage. Especially when the company, and her job, is already on shaky ground. But as a Princeton professor, Matt's life is hours away from Mira's home on Cape Cod, keeping him safely in the fantasy-only zone. And as a single mother to six-year-old Hagen, with a floundering company to save, fantasies are all she has time for.

With hopes of becoming dean off the table, and too many months of longing for a woman who lived too far away to pursue, Matt's publishing contract couldn't have come at a better time. He heads home to Cape Cod on a brief sabbatical, intent on starting his book, and finally getting his arms around sweet, seductive Mira.

A surprise encounter leads to white-hot passions and midnight confessions. The more time Matt and Mira spend together, the deeper their relationship grows, and the love and attention Matt showers on Hagen is more than she has ever dreamed of. But Matt's sabbatical is only temporary, and Mira's not saving his father's company so she can leave it behind. Will their whispers of love be enough for one of them to change their life forever?

SEASIDE WHISPERS is part of the SEASIDE SUMMERS series, and part of the "Love in Bloom" family. Each book may be read as a stand-alone novel, or as part of the series. 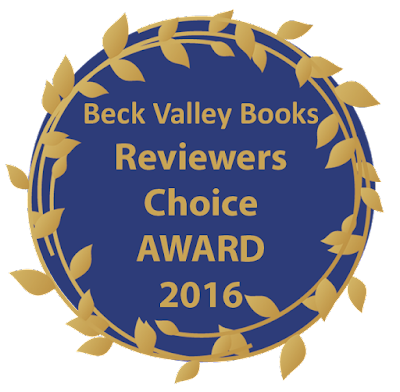